This is an in-depth immersion tour for pyramid lovers and history buffs. Go back in time and track the pharaohs of ancient Egypt. See their accomplishments from the earliest pyramids and then, in the ancient capital of Memphis, visit the best pharaonic museum in the world. 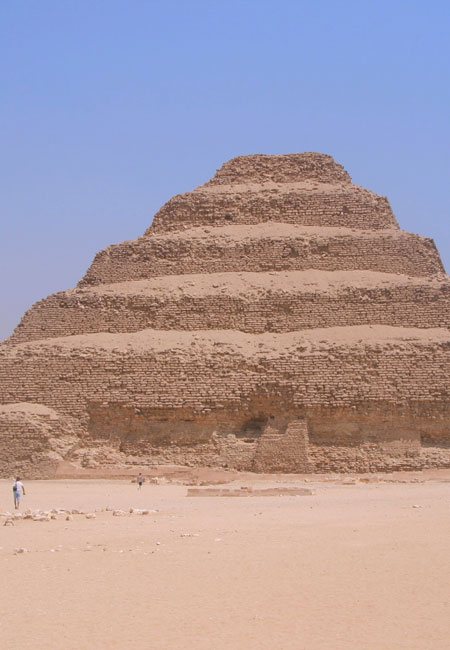 Visit the oldest step pyramids in Saqqara where the story begins 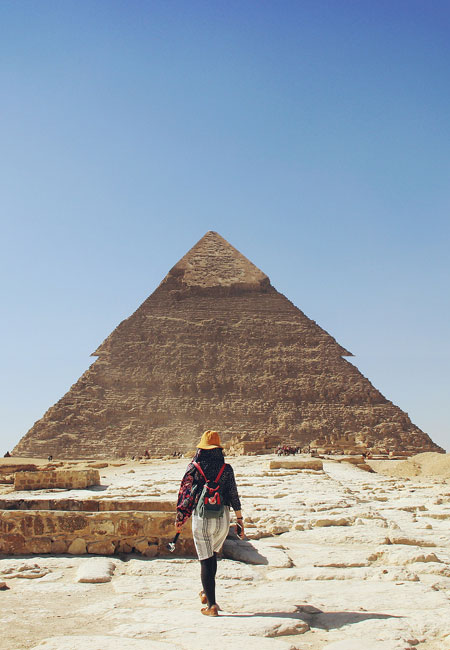 Explore the timeless emblem of ancient Egypt, the Pyramids of Giza 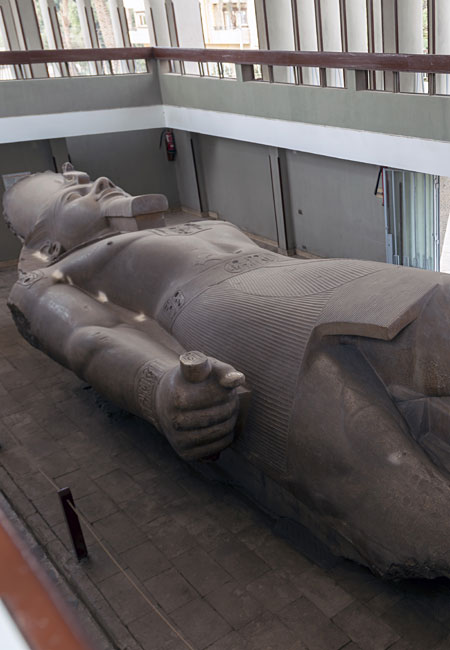 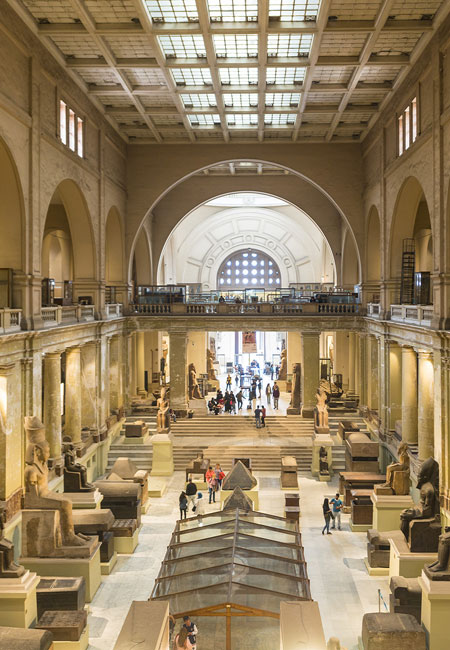 The itinerary below is one of many possibilities, offered to inspire you to make a trip to these charming places. We can organize your tour to suit your own requirements. Let us know your preferences, and our travel experts will customize your trip to suit your interests, taste, and budget.

Your guide will telephone you at your hotel in Cairo one day in advance or leave a message to confirm your collection time.

Discover the City of Death (1 hour)

As the burial ground for the nobles of ancient Egypt for over 3,000 years, Saqqara is where this timeless story begins.

Djoser's step pyramid in Saqqara is the oldest complete stone building complex in the world. Sixteen ancient kings built pyramids there, now in various states of decay. Visit before it vanishes!

Visit the Pyramids of Giza and the Sphinx (2 hours)

This majestic pyramid complex fascinates people from all over the world. A link back to the golden age of the pharaohs, marvel at the Great Pyramid of Khufu, the Pyramid of Khafre, the Pyramid of Menkaure and the Sphinx in Giza. The amazing architecture and the mysterious history behind it will make for the memory of a lifetime.

The Pyramids of Giza and the Sphinx, by Cesar Salazar

Memphis reveals the ancient Egypt of the old kingdom from its prosperity to its decline. It is one of the oldest surviving cities in the world.

Here you can find fragmentary evidence of the lost city's glory days among the ruins. Together with the pyramids of Giza, the open air museum has been marked as a World Heritage Site where you can admire the enormous statues of the famous pharaoh Rameses II. Follow our local guide and hear the legends from this time.

The giant Statues of Rameses II

The Sphinx in Memphis

Discover the Pharaohs' and the Mummies' Secrets (1½ hours)

Discover ancient Egyptian artifacts and examine them in depth at the Museum of Egyptian Antiquities. The highlight of the museum is a close encounter with the mummies of famous pharaohs. You can also marvel at the fabulous treasures of King Tutankhamen among 120,000 other items from various collections in what is indisputably the best pharaonic museum in the world.

After your journey, your guide and driver will escort you back to your hotel in Cairo.

Entry to all attractions on the itinerary

A 24/7 helpline while traveling

Every element of the tour above can be tailored. Feel free to tell us your ideas and we will be happy to make adjustments for you.

In Nile Cruise, all the meals will be incleded. Usually, buffet breakfasts are available in hotels, package and set meals for dinner are offered in less touristy areas.

We've carefully selected the best hotel available, based on criteria like location and environment. Please note that service and accommodation in Egypt may differ from western standards.

We took the 5 day Yi Peng Festival your in Chiang Mai, Thailand. It was an amazing experience. We had two tour guides who were absolutely phenomenal. They answered all the questions we had and were always on time. It was a truly once in a lifetime trip and I would definitely recommend using them. I worked with Albee at Asia Highlights and she was very prompt with her responses. We especially loved the half day elephant tour. - Blanca Hernandez

The service was excellent. Pick up at time. Good organization. Driver was good. The best was all the help than we received for Leo, you are a professional person, enthusiast, kindly. Thank you so much Leo, We appreciate all your help and customer service. - Victoria Myers